Improving the robustness of laying hens and piglets against parasitic and bacterial infections by innovative feeding strategies and optimal use of outdoor area rich in vegetation – by Ricarda M. Engberg (AU) , Marina Spinu and Vasile Cozma (USAMV)

In organic egg and pig production, parasitic and bacterial infections are considered a significant welfare issue causing gastrointestinal health problems eventually leading to production losses, increased morbidity and mortality. In order to maintain credibility of organic production, the use of drugs for therapy of parasitic and bacterial infections has to be kept to an absolute minimum. Current efforts in Denmark and Romania seek to identify alternative strategies in the treatment and prevention of diseases. The focus of this task is the use of innovative feeds, plants and plant extracts providing antiparasitic and antibacterial properties, and support immune function and disease resilience. 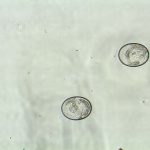 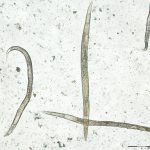 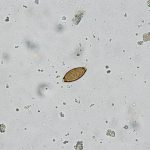 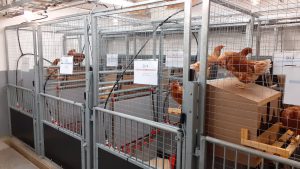 In Denmark, the first of three planned experiments with layers challenged with the most abundant nematode (Ascaridia galli) has been completed as a cooperative work between Aarhus University and industry (Fermentation Experts). The experiment was conducted to evaluate whether a product based on fermented rapeseed meal and seaweed, has a potential of reducing the worm burden, supporting gastrointestinal health and the immune system. A large number of parasitological, bacteriological and immunological analyses have been conducted and a large data set is currently under evaluation. Preliminary results indicate no direct effect of the product on worm burden but it is still unclear if the product impacts gut microbiota and/or have immunomodulatory properties. During the first in vivo experiment, a number of assays were established and activities are ongoing involving a multifactorial in vitro screening platform. Another two animal experiment are planned to follow, and potential candidates to assess as dietary intervention may involve e.g. garlic (Allium sativum) and black chokeberry (Aronia melanocarpa). 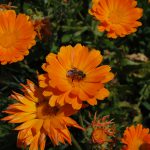 At the University of Agricultural Sciences and Veterinary Medicine in Cluj-Napoca, Romania, we focus on the limitation of parasitic and bacterial infections in pigs through access to pasture or compound feed providing a variety of medicinal plants including Asteraceae, Cucurbitaceae, Lamiacea and Amaryllidaceae. The chemical analyses of the extracts show the presence of mainly polyphenols but also flavonoids and tocopherols and aliin. Screening for parasite abundance on two low input pig farms shows that parasitic infections in pigs are predominantly associated infections with single cell parasites and nematodes. Screening of faecal bacteria populations indicate that sows and piglets share a variety of bacteria species, many of them holding a potential pathogenicity. Compared to fattening pigs and sows, a higher number of different bacterial species seems to be present in suckling piglets. A moderate to high degree of antimicrobial resistance of faecal bacteria has been found. Our first in vivo experiments indicate that feed supplemented with garlic is active against parasitic protozoa and nematodes whereas feed supplementation with wormwood shows activity only against nematodes. Further experiments with pigs supplemented with other medicinal plants from the envisaged ones are currently in progress, and we are looking forward to obtain new results. 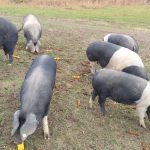 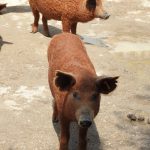 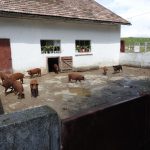