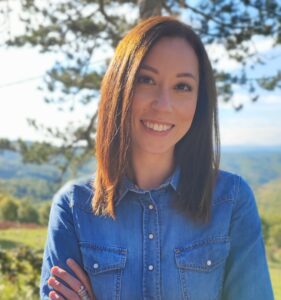 Elisa is fellow research at the Department of Agriculture, Food and Environmental Sciences of the University of Perugia. She has a bachelor’s degree in Economics and Culture of Human Nutrition and a master’s degree in Food Technology and Biotechnology, both degrees earned in University of Perugia. Her main scientific activities focus on the poultry, rabbit and aquaculture sectors, with a special focus on the study of alternative and organic rearing systems and their effects on physiological status and on products quality. The main research activity within the PPILOW project is the study of many factors affecting the extensive and organic rearing systems in poultry (WP6). 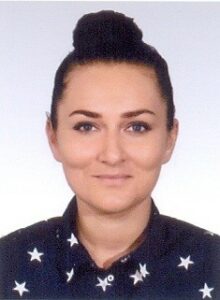 From 2005 to 2008 Diana attended courses of Babeș – Bolyai University, Faculty of Letters, Romanian – English line. In 2008, she defended thesis The Beauty. Crises of the Beauty in Modern Esthetics and obtained the Bachelor’s Degree in Letters. Between 2008 and 2010 Diana followed the courses of Comparative Literature Master History of Images – History of Ideas, Babeș-Bolyai University, Faculty of Letters. From 2009 until 2015 she attended the courses of Faculty of Veterinary Medicine within University of Agricultural Sciences and Veterinary Medicine, Cluj-Napoca, Romania, and in 2015 she defended the thesis called Clinical, electrocardiographic, and ultrasound changes in mitral valve disease in dogs, obtaining the Bachelor’s Degree in Veterinary Medicine. Starting with 2015 until 2019 Diana attended the doctoral program under the guidance of Prof. Dr. Spînu Marina, concluded with the thesis In vitro interaction of bacterial microbiome – vegetal antimicrobial extracts in Eurasian red squirrel (Sciurus vulgaris). From 2016, as a teaching assistant at the Department of Infectious Diseases and Preventive Medicine, Faculty of Veterinary Medicine, USAMV Cluj-Napoca, Romania, she started teaching Laboratory and Clinical works in Infectious diseases to students in their 4th and 5th year of study. In 2020, Diana occupied the position of Assistant Professor at the same Department. During these 6 years of teaching, she has had the chance to go on weekly field trips with groups of students and work with animals of all species. She spends a significant time working in the laboratory of microbiology. Diana is leader of a project called “In vitro testing of antibacterial potential with egg-derived lysozyme supplements, OVOIMUNO”. In the PPILOW project, WP6, she approaches the bacteriological examination of samples taken from swine, from isolation to identification, susceptibility to antibiotics and to plant extracts.