Successful PPILOW session at the World Poultry Congress in Paris! 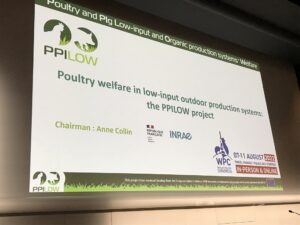 On Tuesday 9 August 2022, the PPILOW team hosted a succesful session at the World Poultry Congress in Paris. The session was chaired by our project leader, Dr. Anne Collin (INRAE, France) and was used to present the intermediate results of the project.

Katriina Heinola from LUKE (Finland) presented the results from the questionnaires among stakeholders from the PPILOW project and concluded that there is a high level of support for improving animal welfare, but that stakeholders do not always agree on the best practices to achieve that.

Evelien Graat from ILVO (Belgium) presented the results from training broiler farmers to use the EBENE app to assess welfare in their flocks. Her results showed that the farmers that volunteered for the project are quite interested in animal welfare already. Towards the end of the PPILOW project, the team will know more about how farmers evaluate the use of the app. 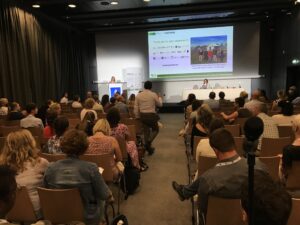 Cesare Castellini from the University of Perugia (Italy) presented how the use of the free range affected the meat nutritional quality and vitamin use by the broiler. He explained the thinking in the PPILOW project on how to integrate the data from the project and move towards a multi-criteria analysis.

Vanessa Guesdon from JUNIA (France) presented experimental work on foraging motivation and feed place preference in free range broiler chickens. They found that animals that were more motivated to access the free range also were more willing to show foraging behaviour in this task and were more attracted to hidden food.

Bas Rodenburg from Utrecht University (The Netherlands) showed work on the effects of green light during incubation and provision of black soldier fly larvae after hatching on feather pecking and fearfulness in layer pullets. They found that pullets incubated with green light were faster to approach a human. Further, supply of larvae led to an increased number of foraging bouts.

Finally, Helen Pluschke from Thünen Institute (Germany) presented the evaluation of three different dual-purpose hybrids. She showed that the pullets of the ‘broiler-type’ hybrid studied in Germany and Denmark performed best regarding growth and mortality, but also had the highest feed intake. All genotypes had excellent plumage condition and very active and curious.

Promising results for the next steps in the PPILOW project! 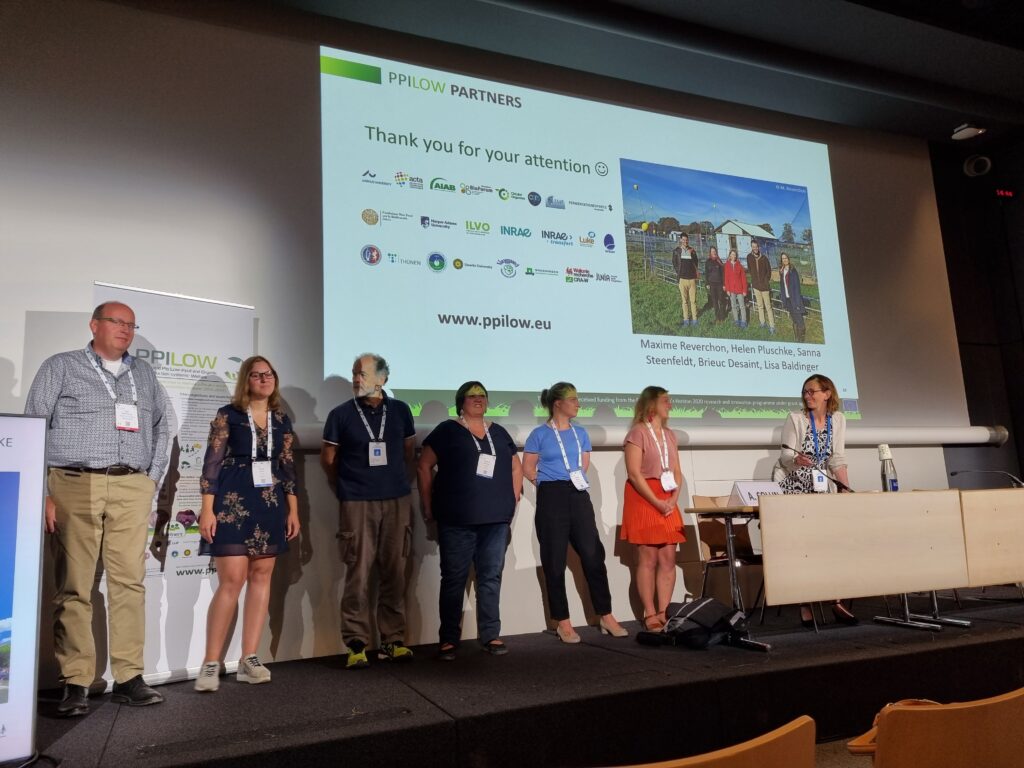