Two mobile applications have been developed (PIGLOW app for pigs) or modified (EBENE® app for poultry) for farmers to self-assess the welfare of their animals. These apps are available on the Google Play Store and on the App Store in 3 different languages: Dutch, English and French. The other languages spoken in the countries of the PPILOW partners will also be added later in the project. The apps provide automated feedback including anonymous benchmarking and risk factors for welfare problems. The idea is that this feedback will prompt the farmer to discuss with staff, colleagues, the veterinarian or other advisors how the welfare of the animals could be improved. 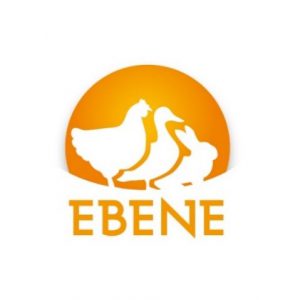 When developing these apps, we gave preference to animal-based indicators, as these are believed to be more directly related to the actual welfare of the animal than resource-based indicators. The selected indicators were classified according to the four Welfare Quality principles to cover the main welfare dimensions, namely Good Feeding, Good Health, Good Housing and Appropriate Behaviours. We then discussed the list of indicators with National Practitioners Groups in 6 European countries including representatives of feed producers, consumer associations, retailers, veterinarians, processors and farmers. They were asked for their opinion on the importance, feasibility and definition of the different indicators. Following refinement of the indicators based on these discussions, proto-types of the apps were tested for comprehensibility and user-riendliness by pig and poultry farmers in Belgium and France. We used the farmers’ feedback regarding for example feasibility, user-friendliness and clear wording of the questions to produce the final apps.

The effect of the use of the apps on a larger scale and for a longer period of time will now be tested. For this longitudinal study, we are still looking for farmers of organic or free-range broiler chicken or fattening pigs in Belgium, France and The Netherlands who want to use the app for at least two years. If you want more information about (the benefits of) participation, please contact Evelien Graat at evelien.graat@ilvo.vlaanderen.be.

Interested in the apps? Have a look at the website/manual over here: Pig and Poultry.